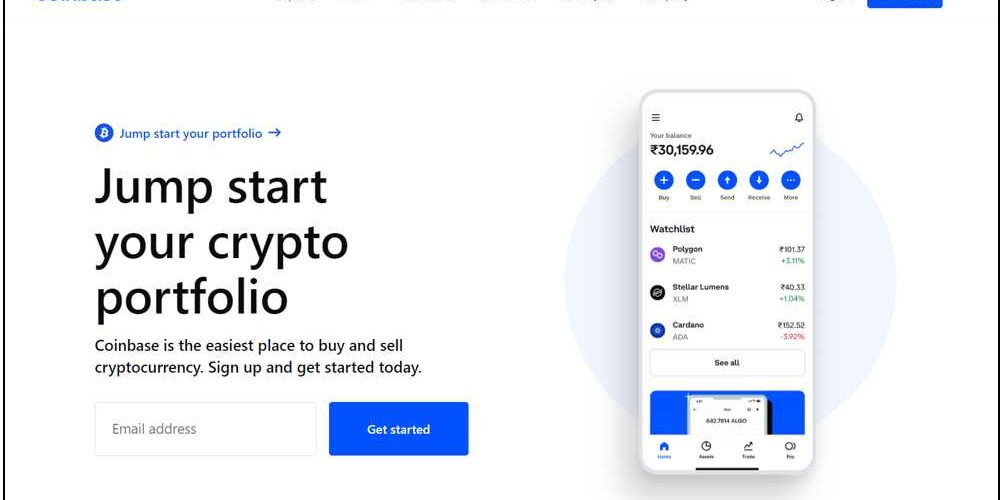 On Thursday, one of the best-known cryptocurrency exchanges, Coinbase Global Inc, proposed a new extensive reform for the regulation of digital assets. This reform has urged Congress to form a new agency that will regulate the industry using a completely different framework against the one currently in use in the financial services industry.

The chief policy officer at Coinbase, Faryar Shirzad, told the reporters that there should be a new federal regulating body for the digital asset markets in the U.S. This new regulating body will be native and dynamically regulated and help transform the financial system for the American public as fast as possible.

The U.S. financial regulatory system for digital assets includes many federal and state agencies like the Federal Reserve, the Commodity Futures Trading Commission, and the Securities and Exchange Commission. The crypto industry has been asking for changes in this regulatory system for a long time now. The sector is also protesting against the agencies like the SEC that use securities laws to control digital assets. The crypto industry reasons that digital assets are fundamentally different from conventional assets like bonds and stocks and should not be governed by existing regulations.

The New Proposal From Coinbase

The new proposal from Coinbase asserts that the new financial regulatory body will primarily work to register and supervise marketplaces for digital assets and MDAs. They would ensure complete protection and guidance against fraud. This new body will also make it compulsory for the issuers for the digital assets to make all the essential data available to the market participants. Another important work for this body will be to supervise the initial coin offering, which the companies use to raise funds for their new ventures, just as the public companies issue stocks. If these reforms are implemented it can change the future of cryptocurrencies.

In recent years, the SEC has taken strict action against some digital issuers about the sale of tokens to the public. They argue that these digital tokens are similar to securities. These should fall under the registration and disclosure requirements according to the U.S. laws of the 1930s.

But Todd Phillips, Director of Center for American Progress, a body for the financial regulation and corporate governance body, shared with MarketWatch that the new proposal from Coinbase does not accept the broad purpose of the digital assets. He added that as these assets do not serve comprehensive purposes, they should be regulated based on their function and not based on their digital form.

Phillip further argues against the new proposal that it treats digital assets as one big giant asset class, which they are not. They include securities, commodities, and other things too. He said that many public companies would stop issuing stocks and only issue coins if the authorities implemented the proposal. With this, these companies will avoid the laws for the securities.

Caroline Crenshaw, the current SEC commissioner, also had a similar view against creating the new regulatory body. She also said the new body would not make a safe harbor for the crypto assets to revolutionize the industry. She added that if these projects get a special exemption, it will give an unfair advantage to businesses related to blockchain. It would discourage other market participants who raise funds from the markets under SEC compliance which keeps the market and customers growing and healthy.

The Securities and Exchange Commission, on the other hand, said that it does not consider Bitcoin and Ethereum as cryptocurrencies to be securities. These two cryptocurrencies are the most valuable when it comes to market capitalization. But the SEC has taken some actions against crypto exchanges and token issues as they did not register with them.

What does the digital asset industry have to say?

The digital asset industry is of the opposite view. It says that the SEC did not provide clear guidelines for which features make digital tokens be considered a security.

Michael Piwowar, executive director of the Milken Institute Center for Financial Markets and the Acting SEC Chairman, favored Coinbase for their proposal. According to him, Coinbase has developed a thoughtful framework to regulate digital assets. He further added that the regulatory certainty would help to maintain the leadership and financial innovations.

Brian Armstrong, CEO of Coinbase, has started a public argument with the SEC with this proposal. Last month the regulatory body threatened to sue Coinbase if they went ahead with their “Lend” project. If this project comes into existence, it will entitle the users to earn interest on the cryptocurrency they have deposited with Coinbase.

Securities law experts believe that Coinbase is not a controlled bank, and their “Lend” product must be considered a debt instrument, and authorities should treat it as a security.